The St. Albans Fire Department received a surplus U.S. Army, 5-ton truck on 1/5/23, from a Pennsylvania military storage facility. The truck is FREE to the town through a Maine Forest Service program that supplies surplus military vehicles for forest firefighting deployment. This truck replaces the 1967 U.S. Army truck that the town had from the 1970’s until last month when it was returned to the State. According to Fire Chief Jamie Crocker, all of the equipment that went on the old Army truck will fit on the newer one, and the only costs associated with the newer truck will involve a paint job, eventually, and some minor mechanical items. After 2-years, this truck will be owned outright by the town, unlike the previous truck which had to be returned to the State. 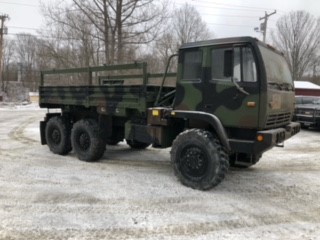 View All
Made with ♥ by TownCloud © Copyright 2023. All rights reserved.